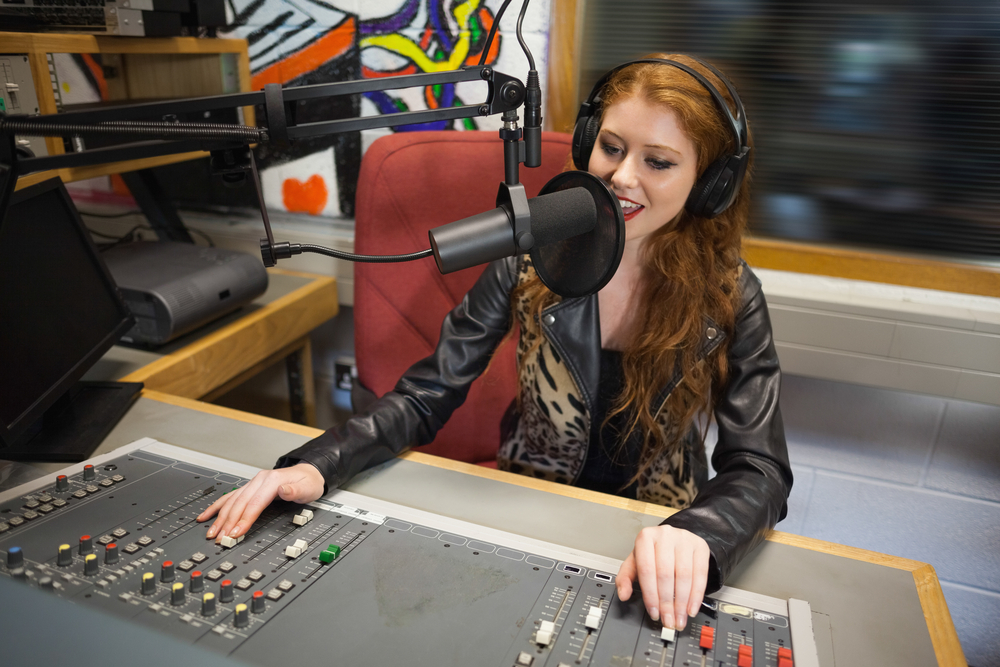 Despite the common belief that radio is dead and not relevant to younger generations, radio still has the highest reach across all mediums and is an effective ad campaign amplifier.

Radio statistics show that radio is the dominant commuting medium and is surprisingly popular among younger listeners.

1. More Americans listen to the radio than use Facebook each week.

According to Nielsen Media Research radio listener statistics (2021), 88% of Americans listen to terrestrial (AM/FM) radio on a weekly basis. This is approximately 293 million Americans. (1)

The fact is that radio reach is the highest of any medium, even social media. Radio reaches 88% of Americans each week.

The data suggest that the terrestrial radio listenership decline has been slow but steady since 2009, despite recovering from the pandemic lockdowns. (3)

It’s commonly believed that radio popularity is dying and young people will never start listening to the radio. The data shows that this is simply not true.

The surprising part is that despite the heavy popularity of audio streaming among Gen Z, over half of them listen to AM/FM radio every day.

Until now, Gen Z hasn’t been reflected in media as a considerable radio demographics. Gen Z is the first generation of true digital natives and is often referred to as Zoomers. (4)

According to the data, 89% of their radio listening is done through traditional radio receivers and only 11% is through the streams.

According to Nielsen radio demographics by age data, 92% Americans between ages 50-64 listen radio. Radio millennials statistics show that approximately 84% of Millennials listen to the radio. (1)

Overall, radio still has the highest reach across all mediums and age ranges in the U.S.

According to Nielsen Media Research radio usage statistics, 88% of American adults listen to the radio for 12.2 hours per week, 104 minutes per day. Average radio listener listens to radio mostly during commuting. (1)

Interestingly enough, adults spend about 20 hours per week on the app and web usage and 30.8 hours on live+time shifted TV.

Research also found that radio listener demographics aged 50-64 listen to the most radio of 14:37 h/m per week. And adults aged 18-34 listen to the least radio out of all age ranges. (1)

Based on the U.S. population, on average, 15% of daily time is spent listening to the radio. As radio is often listened while doing other activities like riding a car or gardening, the actual daily listening time can actually be higher. (d)

According to Audacy radio industry statistics (2021), at-home audio listening surged 44% during the pandemic and the podcasts and digital audio trend is still growing. (5)

The report states that the listening habit shifted as listeners didn’t drive to work anymore. Thanks to this, listening on smart speakers soared by 43% and podcast listening soared by 26%.

Radio listenership trends suggest that listeners are getting more comfortable using smart speakers to listen to the radio instead of constantly requesting specific songs. (5)

The Katz Radio Group radio listening statistics found that 40% of work-from-home listeners are tuning-in to music via AM/FM radio and streaming services daily (6) and Nielsen also states that the radio reach for remote workers is identical to non-remote associates, over 95%. (7)

As work-from-home is here to stay, we will see the radio listening moving from car radio to smart speakers and the online listening trend continuing.

According to Pew Research online radio statistics, the audience for online audio is growing year by year. Public radio podcast NPR’s weekly audience nearly doubled in the past two years from 7 million to 14 million. (8)

According to Nielsen radio listenership report, after the Covid outbreak, 32% of Americans report listening to radio less in their cars and trucks and 26% more time at-home. (9)

5. 100 million Americans own a smart speaker.

According to Edison Research radio stats report, approximately 100 million Americans own a smart speaker in 2022. (2)

Interestingly enough, the smart speaker or modern day radio ownership has been steadily growing at a compound annual growth rate (CAGR) of 30.77% since 2017.

And the percentage of households owning 2 smart speakers has surged from 22% in 2018 to 26% in 2022. These numbers show a clear trend in smart speaker adoption across America.

The radio ownership statistics also found that 21% of American households in 2022 own radio and a smart speaker. This number has been growing CAGR (compound annual growth rate) of 12.74%  since 2018. (2)

The radio industry trend data also shows that pure smart speaker ownership has almost tripled from 5% in 2018 to 14% in 2022. Clearly, American households are embracing the smart speaker trend.

6. Radio holds the highest share of collective trust across all advertising channels.

We all are today bombarded with different marketing messages from every angle and every device.

The dominance of radio and TV is no surprise considering that these mediums have been daily companions in cars and living rooms for decades.

According to Audacy audio advertising research (2021), audio channels have the highest source (69%) of trust from all media platforms. (5)

The data shows that audiences trust audio messages from the voices they know and drive them to buy.

7. 77% of listeners would try a brand or product endorsed by their favorite radio personality.

According to Katz Radio Group radio listenership statistics, 77% of listeners would try a brand or product recommended by their favorite radio personality. (10)

Half of radio listeners have a favorite radio personality whom they have been listening to 8 years on average. This is a strong emotional connection.

The data shows that audio and radio influencers drive listener receptivity and engagement. Radio has the added benefit of personality and celebrity. (6)

Interestingly enough, 9 in 10 radio listeners know personal details about their favorite radio personalities and follow them on social media. (10)

8. It takes on average 2.4 days for audio ad listeners to take an action.

According to Audacy audio advertising statistics, it takes 2.4 days on average for audio ad listeners to take an action. (5)

Audio ads can be as effective as click-based mediums, but the action doesn’t happen immediately.

Remember, a lot of people listening radio are busy doing other things like driving a car, lifting weights, or walking their dog.

This means last-click tracking isn’t a viable approach for audio ads. Instead, use listen-through as a measurement to capture the time-delayed conversions.

According to Dentsu’s research, the global radio ad spend is a $36.1 billion a year market with an estimated growth of 2% next year. (11)

The radio numbers data shows that radio still recorded high listenership with ad spend declining less than other media due to the Covid pandemic (-9.5% compares to linear media -14.8%).

The good news is that radio ad spend has recovered to pre-pandemic levels. Dentsu expects ad revenues to recover further thanks to returning mobility and the evolution of the digital channels.

According to Statista radio industry revenue statistics, the expected average global radio revenue per user (ARPU) in 2022 is $11.94. Globally, the highest ad spend revenue will be generated in the U.S. ($12 billions). (12)

Radio advertising costs can vary a lot, depending on the station location, ad frequency, and the type of ad.

According to Gaebler radio advertising statistics, the average cost of a 30-second radio ad in the largest U.S. cities is $513.40. (13)

According to Nielsen statistics on radio advertising, each dollar spent in radio campaigns will receive sales ranging from $9.48 to $23.21. This data shows that radio advertising does have a measurable positive return on investment (ROI). (15)

Nielsen measures 80% of all U.S. credit card purchases and combines the data with audio listener data to determine each campaign’s return on investment.

According to the research, retailers have the highest incremental sales for each dollar spent on radio campaigns. This shows that radio is still an important part of marketing.

According to Statista radio broadcasting research (2020), there are over 15,445 commercial radio stations in the U.S. This number has more than doubled since 1970, suggesting radio isn’t dead after all. (16)

IHeartRadio is the largest radio company in the U.S. and owns 863 radio stations. The data also shows that the average weekly radio reach among high-income men is 83.1%.

11. 47% of listeners believe radio ads are a fair trade for their listening time.

According to NPR research, half of all radio listeners believe radio ads are a fair trade for their listening time. (17)

According to music streaming statistics, the main reason for a paid subscription is to avoid ads interrupting the music.

The majority of radio listeners are receptive to brand messages through radio and the heaviest users are the most open to advertisements. (17)

According to the results, 46% of listeners say that they have considered a new product, company, or service after hearing a radio ad. 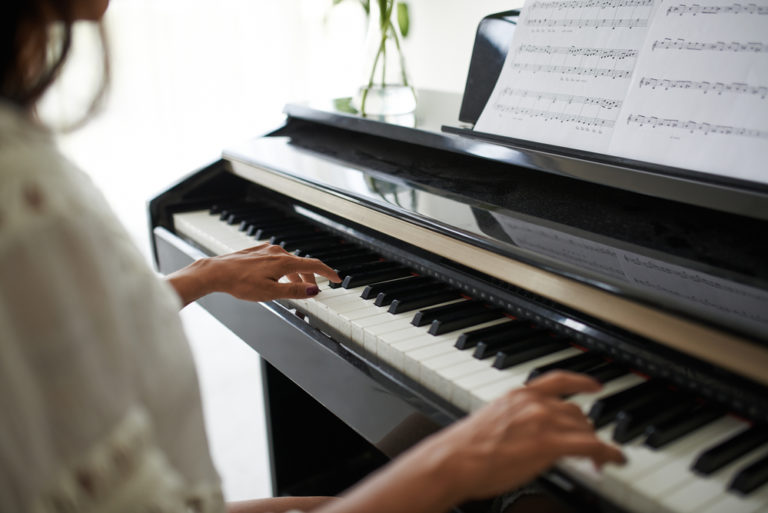 Learning piano as an adult, or any other musical instrument, is not as hard as… 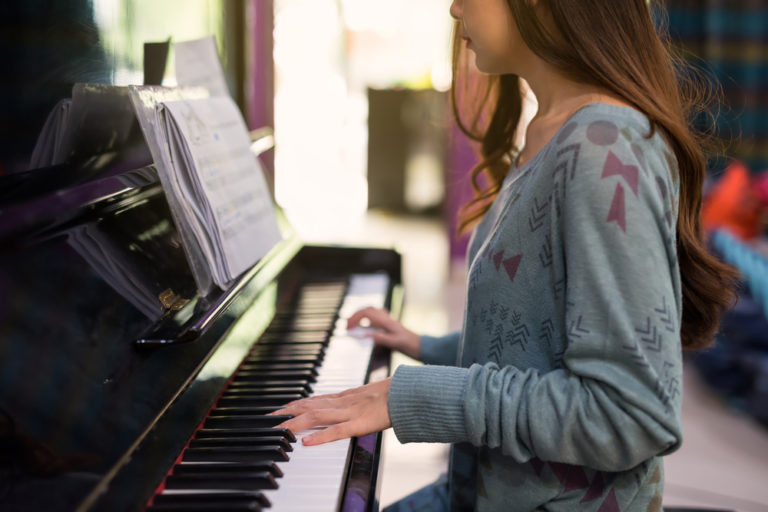 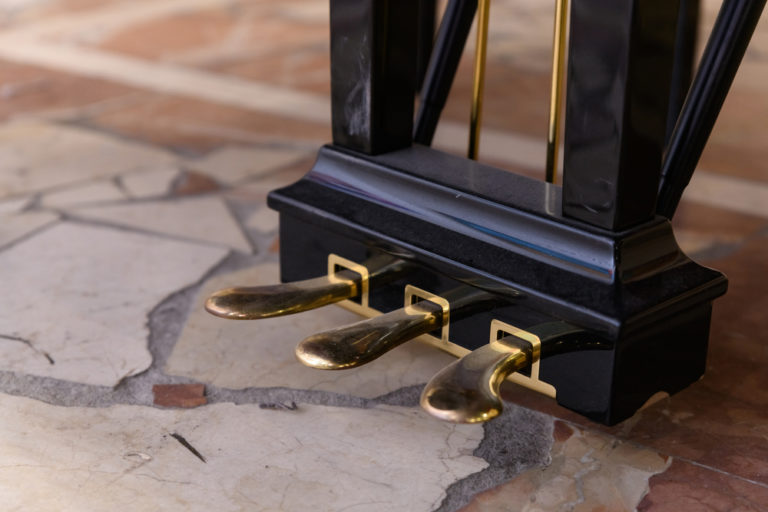 Piano pedals transform the sound of the piano in such a way, that even an… 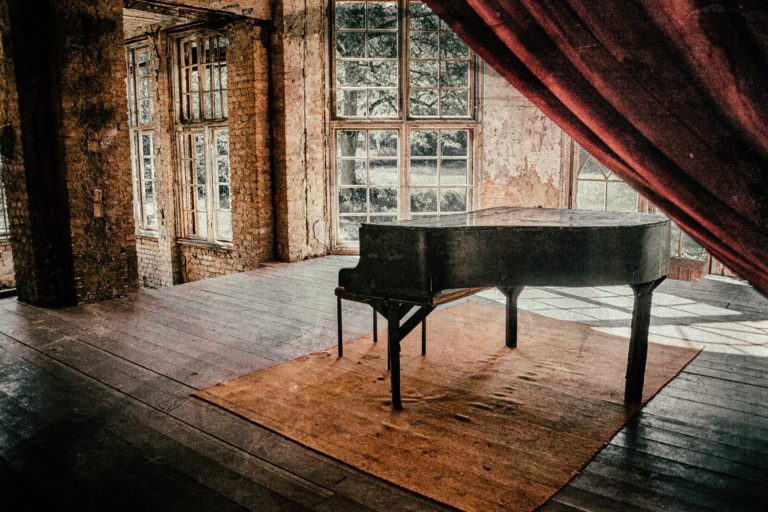 From Bartolomeo Cristofori to Steinway & Sons, the history of the piano in its humble…

Streaming is the driving force of the music industry, making up the lion’s share of… 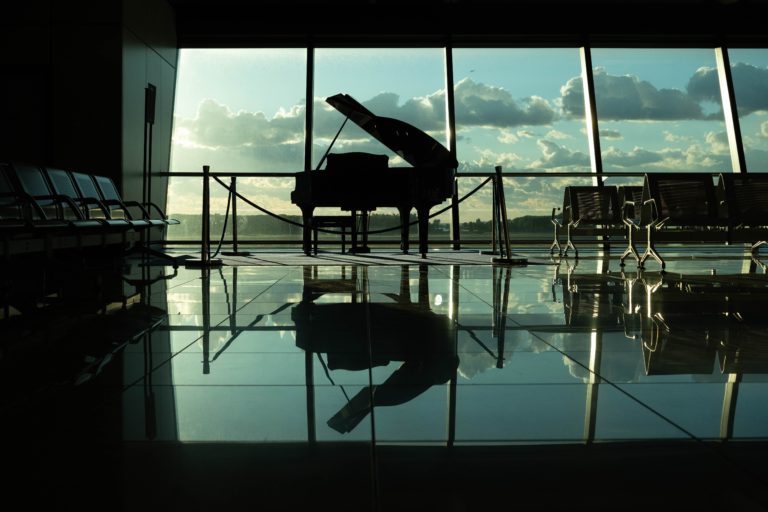 There are so many types of pianos out there, each varying in shape and size,…